read more
Post by
Text Link
In order to be able to reduce the CO2 concentration in the atmosphere to the necessary level, other approaches are needed. One promising approach is Direct Air Capture (DAC) technology, which is described in the following article.

Climate change is a recurring topic in the media and leads to vociferous discussions in some talk shows. Climate change and the issues associated with it are polarising. Every day we are confronted with its effects and measures to counteract global warming. However, current studies show that combating climate change must not be thought of in individual terms, but in systemic terms. Fundamental changes in agriculture, transport, etc. are therefore necessary. Nevertheless, we should first clarify why climate change is constantly on the debate agenda and why we have to permanently endure apocalypse-like prospects for the future.

The strong evidence of science shows that the rise in temperature has serious effects on ecosystems and thus on us humans. If certain tipping points are reached, these changes cannot be reversed - the consequences are irreversible. To avoid this, 196 countries agreed in the Paris Climate Agreement to limit the global temperature increase to less than 2°C (preferably 1.5°C) above pre-industrial levels. The Intergovernmental Panel on Climate Change (IPCC) warns that global warming could exceed the 2°C target by the end of the century if CO2 and other greenhouse gas emissions are not drastically reduced.

One widespread suggestion to curb climate change is tree planting. However, studies show that, contrary to some other claims, trees' natural CO2 sink is insufficient. While trees can capture some of the emitted CO2 and thus mitigate climate change, it must be taken into account that trees are fickle and labour-intensive. After the end of their life cycle (tree death), it must be ensured that the released CO2 is recaptured. Regular monitoring and reforestation are therefore required to maintain the CO2 sink at a certain level. In addition, there is a risk of forest fires releasing the stored CO2 back into the atmosphere, which increases as global warming rises.

Nevertheless, in order to be able to reduce the CO2 concentration in the atmosphere to the necessary level, other approaches are needed. One promising approach is Direct Air Capture (DAC) technology, which actively draws CO2 from the atmosphere. With the help of fans, the ambient air passes through a system that separates the CO2 via so-called sorbents.

There is also a technological path in which the absorption step is taken over by plants and algae as they grow. ”Bio-Energy with Carbon Capture and Storage" is one of these processes. In this process, biomass is burned to produce energy and the resulting CO2 is captured and stored safely.

BioCORE, a project of the TUM Chair of Energy Systems headed by Prof. Hartmut Spliethoff, implements a fuel cell-based process that can efficiently use the energy of the biogas. At the same time, the process delivers a pure CO2 stream that is available for further use or storage.

While CO2 capture methods are effective and established, this is not the case for CO2 storage. It is debatable which methods could be considered effective, reliable and environmentally sound. How can we ensure that the stored CO2 is not released back into the air after capture? One possibility is upcycling, where the CO2 is converted into, for example, sustainable jet fuel (short life cycle) or building materials (long life cycle).

In a world with a largely renewable energy supply, these products can be part of a circular CO2 economy. Depending on the life cycle, such products can also have a medium-term effect on global warming. However, in addition to the emissions at the end of the life cycle, the emissions for the manufacturing process are released as long as the energy supply does not come entirely from renewable sources.

One option for permanent CO2 storage is geological storage. Climeworks is a Swiss company working with the CarbFix project. This project uses basalt rock to pump CO2 underneath a test site in Iceland so that carbonate minerals form. Geological storage is an obvious option because most human-caused emissions come from fossil sources below the Earth's surface. However, one challenge of this approach is the secure and long-term sealing of the boreholes.

Compared to the two methods mentioned above, the "TUM Carbon Removal Initiative", a team of students at the Technical University of Munich, tries to take a middle course:

The storage of CO2 in the form of dry ice offers medium-term storage with justifiable energy input. At the same time, the CO2 is available for upcycling when our energy supply becomes sustainable. The team comprises 35 students from different disciplines, so that different perspectives can be taken into account in the development of the technology. The CO2 capture process is based on solid sorbents, so-called alkali carbonates. The ambient air passes through specially made air contactors to achieve the most efficient capture possible. The CO2 is then converted into dry ice and stored in heat-insulated warehouses.

This solution provides immediate relief and keeps the greenhouse gas under well-controlled conditions. Since dry ice is frozen CO2, it can be easily recovered if needed and is available for various purposes. First, this medium-term solution buys more time to scientifically evaluate different approaches, allowing for an informed weighing of long-term storage vs. upcycling. Neither option is ruled out in the long term with this solution. Depending on the development of CO2 prices, scientific assessment and electricity market development, more flexible decisions can be made, while a focus on one of the two paths can lead to a lock-in effect.

Although the development of carbon capture processes continues, none of the current technologies offer an immediate solution to limiting global warming. In order to scale carbon capture plants, rapid growth, time and money are required in addition to decarbonisation of the energy supply. If this scaling is successful, we will be able to remove relevant amounts of CO2 and thus have a measurable impact on global temperature rise. 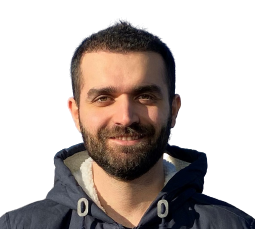 Hazhi is originally from Kurdistan, Iraq. He has a bachelor’s degree in Civil Engineering at the American University of Iraq, Sulaimani and is now studying his master’s in Civil Engineering at The Technical University of Munich. His current study at TUM is focused on Energy Efficient and Sustainable Design and Building. Hazhi is one of the members of the Management Board at TUM Carbon Removal Initiative, responsible for Human Resource and Public Relation.
The guest author's contribution does not necessarily reflect the opinion of the editorial team.

Time to open your eyes to an environmental emergency (or get stung by a jellyfish!).

ESG: NOT JACK OF ALL TRADES.