Restoring Abundance to the Oceans.

read more
Post by
Text Link
Meet two members of the Intalcon Foundation Advisory Board. Dr. Andreas Jacobs in an interview with Alexandra Cousteau. She is the third generation to continue the pioneering work of her grandfather, ocean explorer Jacques Cousteau, and has become a world-renowned advocate on ocean issues herself. Follow her thoughts on Restoring Abundance to the Oceans.

Note: The following article as well as the five videos are excerpts from an interview between the advisory board members of the Intalcon Foundation, Alexandra Cousteau and Dr Andreas Jacobs. The full 12-minutes video of this interview can be seen on our YouTube channel.

Achieving the UN Global Goals requires radical collaboration towards a new vision of restoring our oceans, but it also will require a huge amount of money. So, if both come together, all the better. Our oceans right now are facing a legion of problems and we will need a legion of solutions. The Oceans 2050 Foundation works to strengthen the capacity of people and businesses from all sectors to contribute to a shared vision of a different future, an abundant future, with thriving oceans for our children and grandchildren.

Unfortunately, SDG14 is the most underfunded of the UN global goals. Yet if action is taken to restore the resilience, biodiversity, and abundance of our oceans it could yield about 10 US $ for every Dollar invested. Finding innovative ways to finance the restoration of our oceans - beyond traditional philanthropy - is going to be very critical to achieve our goals.

Oceans: Life blood of the Planet

From the largest animal that ever lived to the tiniest bacteria. Marine habitats contain the greatest diversity of life on earth. Every other breath that we take comes from the Ocean. The Oceans regulate our climate and make our planet livable. And more than one billion people rely on the oceans for food security every day. More than three billion people depend on rain in coastal habitats and the biodiversity that exists there for their livelihoods.

80% of our fisheries are overfished or collapsing. We are suffocating them with more than 5 trillion pieces of plastic that are now in our oceans. And climate change is bringing increased pressures. The oceans are warming, the glaciers are melting, and the water is acidifying. Populations of different creatures are moving in a search for livable conditions. Vast areas of coral reefs are dying overnight. With half of the world's corals already lost to massive bleaching events like the ones we see in places like the Great Barrier Reef in Australia. Our collective impact on the ocean has resulted in a loss of 50% of blue natural capital, which simply means the flora and fauna that lives in the ocean.

If we continue with business as usual, we can expect to see exponential losses within the next 10 years and reach devastating tipping points in our ocean eco system.

The big question we need to ask ourselves is: Will we shape that change? Or will that change shape us?
Alexandra Cousteau

We have about 10 years to shift the paradigms and practices that can set us on a new path to abundances. And the good news is that signs show us what to do to restore ocean abundance within our lifetime. It shows us that it is not only possible, but it can increase our health and our prosperity.

Today we have lost over half of our oceans and a new approach is needed. We need a shift from conservation to restoration. From sustainability to abundance.

In a sustainable fishery symposium in Canada, the North Atlantic cod stock is sustained at just 6 % of their historical population. That is the attempt to sustaining of a species that supported Vikings and Native Americans, and pilgrims, and explorers, that built the wealth of Nations and then collapsed in the 1970s due to overfishing and then again in the 1990s.

That is sustainability in action and it is more like sustaining a coma patient. So, when we think about restoration of abundance, it is a step toward a more abundant future and away from the idea that we can simply sustain the little that we have left.

The return on our investment in restoring abundance to the oceans, whether it is the North Atlantic cod or vast ocean forests or any other ecosystem that we have in the ocean that is at a fraction of what it used to be, is actual exponential gain. The risk of business as usual however is exponential loss. That is where we stand today. And after 2020, Everybody can understand the catastrophic implications of exponential curves all too well.

Abundance is the foundation of our commonwealth. Our common vision of a different future. To me abundance really means resilience in a changing world.

It is not enough now just to preserve the little that we have left. We really need to work efficiently towards the oceans richness as it was in the old times.

But this report also outlines specific scenarios for achieving the best outcomes toward rebuilding marine life. So, think of these recovery wedges as catalysts, that can accelerate our progress toward an abundant future.

To be successful we need to build partnerships and projects that are omni win, getting away from a typical zero-sum game that we operate in and align multiple stakeholders with outcomes that are defined by science and integrate technology and innovation.

For centuries we have been drying carbon from the biosphere and putting it into the atmosphere and our oceans.

We need to decarbonize the atmosphere and re-carbonize the biosphere. Oceans afforestation, restoration of marine forests and regenerate the agriculture, which include salt marshes, and mangroves and seagrass meadows and of course the great kelp forests. This is one of the greatest opportunities to address climate change. We will benefit people and the planet. Like on land, forests in the oceans have immense ecosystem benefits. And the best part of all is that they can sequester great amounts of carbon.  So, Oceans 2050 is advocating a paradigm for ocean farming that reward stewardship over exploitation.

We generate an agricultural contribution to mitigating climate change, it restores the marine environment, it creates a crucial opportunity to rebuild livelihood for fishers and a wider benefit for coastal communities and women and provides further valuable ecosystem services.

Seaweed farms have the potential to enable millions of profitable businesses, providing raw material commoditization for inputs to plastics, fuel, food and cosmetics.

Oceans 2050 is close to finalize a seaweed carbon farming project that looks to take course of sediment from seaweed farms around the world and actually start to quantify the carbon that they have been able to sequester in that sediment, from a 300 years old  Japanese farm to newer farms in North America. It is the first time that globally seaweed farms have come together to understand their benefits and impact for the oceans. And moved toward quantifying that for a voluntary carbon protocol and generally being able to reward a stewardship of these farms rather than just the final product. That is the shifting a paradigm.

We talk about regenerative production at the seaweed farms and that of itself is a total departure from our traditional understanding of agriculture.

"Regenerative agriculture is that it can contribute to multiple SDG goals, not just life under water, but also climate action, gender equality, zero hunger, and poverty. It is really an extraordinary opportunity that we have ahead of us."

From Science to Action: Role of Tech & Innovation in the global goals

We have an ingenuity gap that we have to bridge if we are going to get to a more abundant future. We can't stop exponential loss with incremental gain. If we accept the technology simply means to amplify our intentions, then innovation, AI, technology, and globalization can become powerful tools to contribute to our common vision of an abundant future. And they can help us align our actions and our believes in a way that we live and want to live.

A great example of this is the future of seafood. What is the future of seafood? It can’t continue the way that it has been going. Deploying technology and to embed traceability and transparency into the global fisheries industry is the way of the future. It is the way to feed the world, while protecting and restoring our oceans. Thus, we can connect the consumer to the producer through the fish markets and the restaurants in a way that makes them all meaningful contributors to a common vision for an abundant future.

Together we can bring this idea of ocean restoration and the regeneration of abundance in our oceans to new audiences, whether they are investors or other contributors, corporate actors, policy-makers, then we will have a real opportunity to drive the innovation and investment into the solutions that support restoration.  Understanding that the pathway for conservation is fundamentally different than the pathway to restoration. Together we need to think about the future we envision and then chart a path forward in that direction. If we can bring that idea and opportunities to new people, who can really help leverage their ecosystems in that direction, then we can have great success in the next ten years that we have left to make this work out. 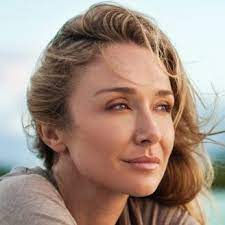 Alexandra Cousteau is the third generation to continue the pioneering work of her grandfather, ocean explorer Jacques Cousteau, and has become a world-renowned advocate on ocean issues herself. Together with her husband, Fritz Neumeyer, she launched the OCEANS 2050 initiative in 2018. She also supports the work of OCEANA, the largest international non-profit organisation dedicated exclusively to ocean conservation, as a Senior Advisor. As a member of the advisory board she brings her experience and passion to the Intalcon Foundation.
The guest author's contribution does not necessarily reflect the opinion of the editorial team.

What is Impact Investing? Is it possible to do good and do well at the same time?

The business of the future must have soul.