read more
Post by
Text Link
The number of stocks trading above their 50-day line is an excellent tool for measuring market breadth and strength. In this article we show how this data series can be used to create a rule-based system for identifying risk-off market phases. Historical examples and a quantitative evaluation of all signals are also presented at the end of the article.

The percentage of members above the 50-Day moving average risk-off model seeks to identify instances in history when a low number of Index members are trading above their respective 50-day average as the Index hovers near a high. The model will issue two separate alerts based upon the following conditions.

Condition 3: If Condition 1 & 2, start a days since true count

Condition 4: If days since true count <= ten days and the percentage of S&P 500 members crosses below 50%, signal risk-off.

Condition 5: If percentage of members crosses above 66%, reset condition = true.

Condition 3: If Condition 1 & 2, start a days since true count

Condition5: If percentage of members crosses above 63%, reset condition = true.

Let's take a look at some charts and the historical signal performance. Please note, all performance statistics in the chart are calculated as a short signal, whereas annualized returns result from buying the S&P 500.

As one can see, performance is weak in the 1-8 week timeframe, with several z-scores approaching the significant level of two. I would also add that the model utilizes a time stop and indicator above stop level for exits. The failsafe level for the S&P 500 model is 69.5%, and it has only triggered four times in history. i.e., the DIT exit occurs in most instances as the indicator does not improve to a level that would trigger the stop.

‍The following table provides a historical signal perspective for the percentage of members above the 50-day average risk-off signal. A "yes" in the last column indicates that a signal triggered either before or just after a significant correction or bear market peak.

The following international markets are included to show that the market breadth concept works on a global index basis.

As the historical correction and bear market table shows, the percentage of members above the 50-day average has triggered ahead of several major market peaks. The signal should always be used in conjunction with other risk-off models as a weight-of-the-evidence approach provides a more favorable outcome. Given the current level, an alert should not be expected in the near term. 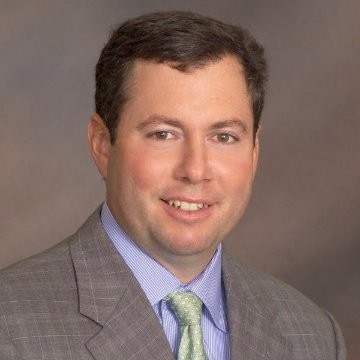 Dean Christians is a 25-year Wall Street trading and market research veteran, including 20+ years of experience working for a large-cap growth manager with peak assets of $35 billion. In his most recent role, he served as the Manager of Trading at Montag & Caldwell, where he translated his advanced knowledge of electronic trading to define the best approach for client portfolios, provided input regarding specific stocks, and mitigated potential risks. A self-confessed market junky, Dean has extensive experience as a coder, indicator, and system designer.
The guest author's contribution does not necessarily reflect the opinion of the editorial team.

Discretionary vs. Quant - a thought experiment.