The Dog and the Frisbee – Why Investors Should Consider a Simple Approach to Complex Markets.

read more
Post by
Text Link
Financial markets are complex. Should investors start with simplicity or should they make things more complex than they need to be? Joe Wiggins has a clear recommendation.

At the 2012 Jackson Hole Economic Policy Symposium, Andrew Haldane, who went on to become Chief Economist at the Bank of England, gave a speech to the gathered central bankers entitled: ‘The Dog and the Frisbee’. It was about simplicity and complexity. The speech began:

“Catching a frisbee is difficult. Doing so successfully requires the catcher to weigh a complex array of physical and atmospheric factors, among them wind speed and frisbee rotation. Were a physicist to write down frisbee-catching as an optimal control problem, they would need to apply Newton’s Law of Gravity”. [1]

Dogs are good at catching frisbees, does that mean that they understand Newtonian Physics? No. A dog can make a successful grab for a frisbee by applying a simple rule of thumb: running at such a speed that the frisbee is maintained at an approximately constant angle.

The unusual but eloquent point being made by Haldane was that simple rules are often the best approach to solving or managing complex problems. Complex solutions are often too slow, ineffective, or designed to deal with yesterday’s challenges.

“Financial markets are far more complicated than catching a frisbee, but we often seem resistant to adopting simple approaches”.

Haldane’s speech drew heavily on the work of German psychologist Gerd Gigerenzer who is an advocate of using fast and frugal decisions rules, or what he calls simple heuristics, to make judgements and predictions in certain environments. There have been countless examples of studies testing Gigerenzer’s ideas. In one such study, researchers looked at the Wimbledon 2003 tennis tournament and found no difference in the quality of match predictions between laypeople simply choosing the name they recognised and the complex, computer generated rankings. [2] This is known as the recognition heuristic.

A more pertinent example for investors regards portfolio optimisation; creating the mix of securities that can deliver the best or optimal returns for a given level of risk. A study showed that rather than utilising complex, computer-driven optimisation approaches incorporating returns, risk and correlations, the most effective rule was 1/n, which means to equally weight all available options. [3]

This is the approach Harry Markowitz – the father of modern portfolio theory and winner of the 1990 Nobel Memorial Prize in Economic Sciences – is said to have adopted for his own investments.

Why would such a seemingly naive approach work when dealing with such a complex problem? Gigerenzer argues that simple heuristics are effective when the environment meets three key criteria: [4]

1. A high level of uncertainty
2. Many options
3. Short sample

It is incredibly difficult to make optimal decisions in complicated, unpredictable environments where there is a broad assortment of choices and insufficient historical evidence. Optimizing for the past does not mean optimizing for the future.

Investing meets Gigerenzer’s three criteria. Yet rather than aiming for simplicity investors often layer complexity upon complexity. Not only is there the baffling variety of potential securities, funds and asset classes to assess; the markets in which we invest are adaptive and unpredictable. Given this, why do investors often seem to prefer complexity over simplicity? There are four major drivers:

A simple approach is no panacea; an ill-judged decision rule or heuristic can lead to very bad outcomes. Simplicity does not equal efficacy. We should not, however, be in thrall to complexity. Investors should start with simplicity and make things no more complex than they need to be. 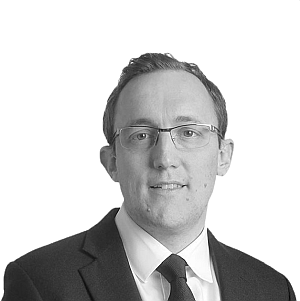