read more
Post by
Text Link
Since June, the market rallied on hopes of a “policy pivot” by the Federal Reserve. However, those hopes got dashed each time as Jerome Powell clarified that the “inflation fight” remained the primary focus. Mr. Powell made that point very clear following the latest FOMC announcement. But would a Fed pivot even be a bullish signal for equity markets?

Since June, the market rallied on hopes of a “policy pivot” by the Federal Reserve. However, those hopes got dashed each time as Jerome Powell clarified that the “inflation fight” remained the primary focus. Mr. Powell made that point very clear following the latest FOMC announcement.

“The question of when to moderate the pace of increases is now much less important than the question of how high to raise rates and how long to keep monetary policy restrictive.”

Before the pandemic, the Fed’s storyline was to let inflation run hot rather than allow inflation to stay too low for too long. Such makes sense as inflation is easy to deal with by hiking rates and slowing the economy. Deflation is a far different story, as it becomes an entrenched psychological impact that becomes difficult to dislodge.
Today, Powell says the Fed’s concern is entrenched inflation which causes pain to the economy.

The reality is that inflation is not the problem. If the Fed did nothing, “high prices will cure high prices.” The real risk remains a “deflationary” spiral that depresses economic activity and prosperity. Deflation is a far more insidious problem than inflation longer term. Such is why, over the past decade, the Fed flooded the economy with liquidity and zero interest rates to boost economic activity. The chart below shows the periods inflation ran above or below the average inflation rate from 1982. Since the “Great Financial Crisis,” inflation has run consistently well below that average and even the Fed’s 2% target rate.

What is important to note is that since the turn of the century, the outcomes have not been positive each time the Federal Reserve has started an aggressive rate hiking campaign. Notably, the Fed is well aware of this but no longer fears creating economic havoc. As Powell recently stated,

“If we overtighten, we can support economic activity.”

In other words, for the bulls hoping for a “pivot,” Powell made it clear that a “policy pivot” is coming. It is only the function of time until it is evident that something breaks in the economy and bailouts are required.

The first option is for central banks to pause rates and allow inflation to run its course. The second option, and the one chosen, is to hike rates until the economy slips into a deeper recession. Both trajectories are bad for equities.

One of the interesting comments by Jerome Powell was the “window for a soft landing in the economy was narrowing.” Such confirms what we already know that the Fed is starting to realize the risk of a “hard landing” is becoming increasingly elevated. Such leaves only two trajectories for monetary policy. The first option is for central banks to pause rates and allow inflation to run its course. Such would potentially lead to a softer landing in the economy but theoretically anchor inflation at higher levels. The second option, and the one chosen, is to hike rates until the economy slips into a deeper recession. Both trajectories are bad for equities. The latter is substantially riskier as it creates an economic or financial “event” with more severe outcomes. While the U.S. economy has absorbed tighter financial conditions so far, it doesn’t mean it will continue to do so. History is pretty clear about the outcomes of higher rates, combined with a surging dollar and inflationary pressures.

Naturally, once the Fed’s aggressive rate hike campaign “breaks” something, the “policy pivot” will occur. Such will occur as the realization that inflation has now become a “disinflationary” wave in the economy. As Michael Wilson, Chief US equity strategist at Morgan Stanley, recently noted:

“M2 is now growing at just 2.5%Y and falling fast. Given the leading properties of M2 for inflation, the seeds have been sown for a sharp fall next year. The implied fall in CPI outlined would be highly out of consensus, and while it won’t necessarily play out exactly, we believe it’s directionally correct. We’re closer today [to a ‘policy pivot’] because M2 growth is fast approaching zero, and the 3-month-10-year yield curve finally inverted last week, something Chair Powell has noted is important in determining if the Fed has done enough.“

Given the surge in inflation was caused by increased demand due to “stimmy checks” against a drastic drop in supply as the Government shuttered the economy, the reversal of those dynamics is disinflationary. Notably, inflation will fall in 2023 much faster than the Fed expects, leading to the rapid “policy pivot” the bulls continue to hope for. However, the bulls may not like what they get.

Historically, when the Fed cuts interest rates, such is not the end of equity “bear markets,” but rather the beginning.

The bullish expectation is that when the Fed finally makes a “policy pivot,” such will end the bear market. While that expectation is not wrong, it may not occur as quickly as the bulls expect. Historically, when the Fed cuts interest rates, such is not the end of equity “bear markets,” but rather the beginning. Such is shown in the chart below of previous “Fed pivots.”

Notably, the majority of “bear markets” occur AFTER the Fed’s “policy pivot.” The reason is that the policy pivot comes with the recognition that something has broken either economically (aka “recession”) or financially (aka “credit event”). When that event occurs, and the Fed initially takes action, the market reprices for lower economic and earnings growth rates. Currently, forward estimates for earnings and profit margins remain elevated. The spread between the Producer Price and Consumer Price Indices remains problematic. Historically, this suggests that producers will absorb inflation, thereby eroding profit margins as consumer demand deteriorates from inflationary pressures.

Such is what Michael Wilson also concluded:

“Bottom line, inflation has peaked and is likely to fall faster than most expect, based on M2 growth. This could temporarily relieve stocks in the short term as rates fall in anticipation of the change. Combining this with the compelling technicals, we think the current rally in the S&P 500 has legs to 4000-4150 before reality sets in on how far 2023 EPS estimates need to come down.”

Once the reversion sets in, the Fed cuts rates to zero and restarts the next “Quantitative Easing” program, such will start the next bull market cycle. We will certainly want to buy that opportunity when it comes. Our warning is that bulls may be early trying to “buy” the initial “policy pivot.” 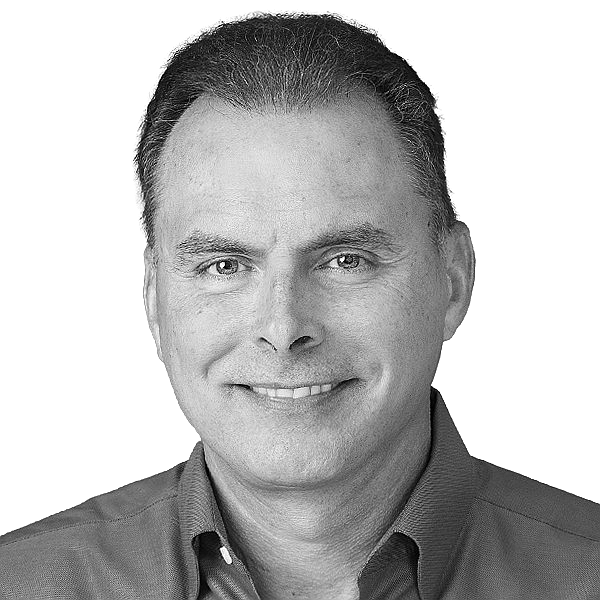