The hardest game in the world.

read more
Post by
Text Link
Trading is the toughest game in the world. You alone against the market. Moritz Seibert explains in the following article what is important in professional trading, what role emotions play and what dangers lurk.

THE HARDEST GAME IN THE WORLD

Trading is the hardest game in the world. It’s just you against the market and there’s no referee. Your bankroll is an unerring real-time scorekeeper. It goes up when you win, and down when you lose. It’s that simple.

Far from simple is the fact that you’re up against some of the sharpest minds in the world. There’s always someone who’s better than you, but that’s OK. You don’t have to be the best trader to make money. But you need to be better than the average trader, and YOU MUST SURVIVE and not blow up your account. That’s the most important thing.

If you don’t bet, you can’t win. If you lose all your chips, you can’t bet. (Larry Hite)

Personally, to survive the many ups and downs of the markets I need a good game plan – a plan that’s based on data and rules. And experience. That’s because game plans are unlikely to work without experience.

It’s akin to a cookbook. All the rules are there, so it should work, but somehow the Paella tastes better when it’s prepared by my grandma.

Everything is easy when you know how to do it. Reaching that point and gaining experience along the way is hard, however. You can’t get there by trading in simulation-mode. It only works with real money and it’s an endless journey of learning.

What follows are some experiences of my own. Just a few, not all. Some “evergreen” observations of a quant-driven trader.

MARKETS CHANGE ALL THE TIME, BUT YOUR RULES DON’T HAVE TO

The temptation to change one’s trading rules in the hope of making them better is almost irresistible. We’re our own worst enemies, especially during periods of drawdown. Regression to the mean is a prominent feature of the markets, and it most likely also shows up in your own trading record. Periods of above-average performance are followed by below-average returns, and those bad times then set the stage for good future performance. When do you think are you most likely to change your rules? Yep, when you’re down – and that’s usually really bad timing.

We all live in the here and now. Longer-term perspectives can easily fade into the background when you’re too focused on the most recent performance streak. Zoom out a couple of years. Are things really that bad? Do you really want to change your system?

I think the more experienced you become as a trader, the less antsy you’ll be to change your rules. I’m not saying that embracing new research and ideas is bad; changing good rules because of subpar recent performance is though.

Knowing what not to do is much more important than what to do. A very important aspect of trading is knowing when do absolutely nothing and when not to change your system. This can be very tough, I know.

When you’re prone to changing your trading rules because of a drawdown, you may also be susceptible to chasing whatever is hot and hip. Calls on AMC? Or maybe futures Dogecoin? Yep, that makes for interesting stories – but does it make you money in the long run?

When placing too much emphasis on the latest hot stuff, which is a form of recency bias, you are at risk of confusing signal and noise, which tends to be an expensive mistake in the long run. The smaller the sample size (recent hot things tend to have a small sample size), the greater the noise.

Also be aware that the media will never ever show boring news. Their business is to report on the hot breaking-news stuff because that is what attracts eyeballs. Most of it is just noise and ad-driven marketing though.

My recommendation is to fade all these “news” and switch it off. Don’t follow tips, not on CNBC and not on Twitter.
Moritz Seibert

Think about it – if anyone really had profitable trading advice, or a secret formula to make big bucks, would they spill the beans on TV or sell it to you for $49 per month? Nope.

What the media fails (or doesn’t want) to recognize is that the markets come with almost infinite possibilities. Crude oil going negative? You bet. It’s hard to deal with that situation because the probabilities are always unknown. It’s an environment of constant uncertainty and I think it’s a key driver for our cognitive and behavioral biases. We prefer to think linearly, manufacturing a storyline with a beginning, a middle, and an end. That’s why we are so susceptible to the “narrative fallacy.”  We prefer stories to data. Randomness doesn’t correspond to the way we like to see the world. Good trading requires you to embrace the concept of randomness and come to terms with all the wild outcomes it may produce – outcomes which have nothing to do with your personal trading skill.

Another recommendation: Instead of chasing whatever is hot, consider investing in something that’s good but not hip. Buying a good trend following CTA in a drawdown, for example (make sure it has more than 10 PhDs per $100m in AUM and mentions “crisis alpha” at least 10 times in its marketing deck. You’ll be on the safe side then).

Losses are a natural consequence of trading. You will have losing trades. It’s impossible to avoid them.

All too smooth return streams are like candies. It looks and tastes good, but it’s bad for your health. The risk is hidden deep down in that smoothness. Eventually, it will show up.

It’s better to be roughly right than precisely wrong. Don’t over-optimize for smoothness and low volatility. There’s nothing wrong with volatility, which is not the same as risk, especially because volatility goes both ways. Who doesn’t like upside volatility?

Also think about volatility in terms of expectancy. Some investors are unwilling to accept more than 5% volatility. Using a Sharpe ratio of 0.5, that’s a 2.5% return per year, probably before costs. Ask yourself what you want to achieve as a trader. Are you doing all this work to shoot for a 2.5% CAGR?

You will lose money, and you will have drawdowns. You must turn yourself into professional loser and never take these losses personally. What matter is the process, the game plan which makes you put the right trades on. The result of a single trade is whatever it is. Don’t overthink it. Use our RALF (Recognize, Admit, Learn, File) method and focus on the next trade instead.

BEING AWARE OF YOUR EMOTIONS

Emotions tend to work against us when trading in the markets. Our emotions can, for example, express themselves in excitement and fear, and lead us to make biased investment decisions.

Under stress we tend to see patterns where none exist. During conversations we selectively agree with viewpoints that confirm our own beliefs or with the narrative of a well-told story – even if that story has no substance. We ignore what we don’t want to see. Looking away is easier that staring the problem in the eye.

I’m not immune to this, but the following “tricks” help me with the management of trading emotions:

Don’t watch the markets during the day, at least not too much. Stay away from the screens and do something else. You don’t get paid for watching intraday charts.

Look at percentage PL and not at dollar PL. It normalizes things.

Exercise and allow your mind to unwind from the markets (squash and tennis are great for that).

When you have a good run, think of the drawdown. It will come. And when you’re in a drawdown, remember the many times you’ve worked out of it. Recall how good it feels when you stick to your game plan, and when this stick-to-itiveness allowed you to reach a new high. 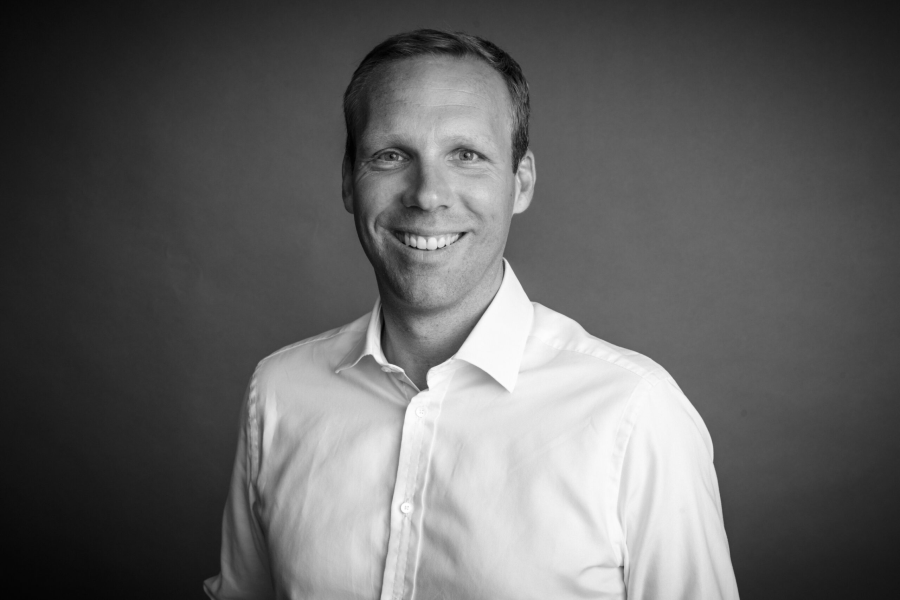 Moritz started investing in 1998 and began his professional career as a derivatives trader at HSBC in Germany. Later, he worked for RBS in the UK as well as in the USA, where he was responsible for the bank’s equity derivatives structuring business. Subsequent to RBS, Moritz co-founded Aquantum, a Munich-based systematic CTA focused on short-term trend following and commodity spread trading strategies. Today, Moritz is the CEO/CIO of Munich Re Investment Partners, a quantitative asset management company serving institutional clients globally. He lives south of Munich, close to the mountains, with his wife and two kids. Next to trading he likes reading a good book and enjoys playing tennis.
The guest author's contribution does not necessarily reflect the opinion of the editorial team.